Space exploration is ongoing after seventy years of intensive research. Governments and private companies continue their projects investing important amounts of money searching fulfilling ambitious goals. The aims are different depending on the nature of the company or institution: while governments are interested in investigating new military findings, private companies investigate in order to register new patents to sell advanced products using the latest technology. However, unlike the delicate military situation in the last century, nowadays private companies are increasing their participation in these costly projects due to its return of investment. 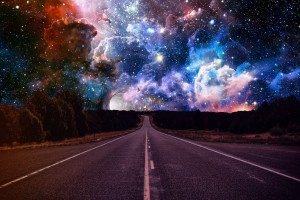 In spite of several disasters occurred in the past, there are a lot of advantages linked to space exploration: mainly relevant technological advances which normally have vital importance in a wide range of fields like Medicine, Physics, Astronomy, IT etc. According to some economists, it is not really expensive space exploration because of its high return of investment. Moreover, only NASA has registered more than six thousand three hundred patents so that we can imagine the deep changes this research is able to prompt in the world.

On the other hand, there are serious drawbacks due to the significant cost of these projects. A huge part of the society considers that there are a lot of other priorities essential for the development of the world. They state that many countries have difficulties to end global hunger and this should be the highest priority. Furthermore, every year space debris increase its presence and this fact implies a real danger for society. The impact of this objects on Earth could kill people and cause serious damages.

To sum up, space exploration is a controversial issue which generates a lot of debates in the parliaments of all around the world. Its benefits are formidable but governments should tackle urgent societal issues first to really convince their citizens.

This article was written for the English course (C2.1) at the Official School of Languages «Jesús Maestro» in Madrid.